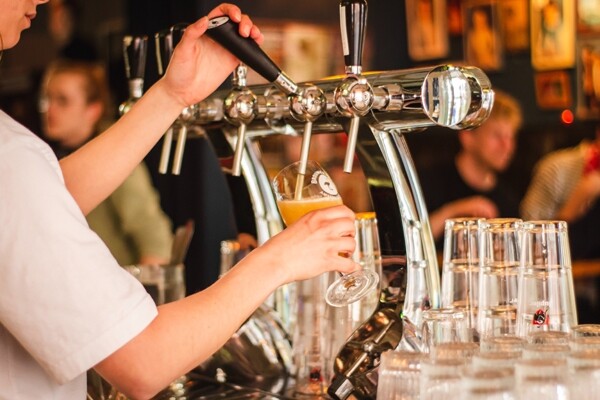 A Tribunal in Sheffield has found that a pub manager was sexually harassed after a senior co-worker engaged in “poor taste humour” by making sexual comments towards her.

Ms Prewett worked for pub chain Greene King from 1995 until her resignation on 5 December 2018.

She had been in the trade for a long time and was used to handling a wide range of people.

Nevertheless, she took offence to comments made by a colleague “with whom, at the time of these events, she had a very serious job to do”, and she found them inappropriate.

The background was that on 20 July 2018, the Big Tree pub in Sheffield failed an audit, and Prewett was invited to a disciplinary hearing where she was given a final written warning.

When Prewett joined them, she heard Bentley ask Gaunt “Do you know what a growler is?” Bentley began telling a joke about a “bloke saying when I ask for a growler, I don’t want a pork pie”.

Apparently, a “growler” was a Yorkshire term for a pork pie but was also a slang word for vagina.

Prewett had no idea what was being said until she asked other colleagues about the term and found out its slang meaning.

She wasn’t very happy about it once she found out.

Bentley visited the pub again on 13 August, and when Prewett asked him what he wanted to see first, he retorted “depends on what’s on offer”.

He then touched her on the back of her shoulder before they went into the kitchen.

On 11 September, she phoned Gaunt and told him she was resigning because of harassment by Bentley.

She raised it as a formal complaint and Gaunt investigated the complaint with Prewett and another colleague who witnessed the incident on 13 August.

Gaunt gave his own account of the event on 1 August in an email, and he described Bentley as “his usual jovial self” and had told “a lame joke” on that occasion.

Greene King rejected Prewett’s grievance on 19 October as well as her subsequent appeal against the grievance outcome.

She brought complaints of sexual harassment and unfair dismissal to the tribunal.

The tribunal dismissed her claims of unfair dismissal but ruled she had been the victim of sexual harassment by her former employer.

They found that such behaviour amounts to harassment even without any “malicious intent” on the part of the perpetrator and that making sexual innuendos could reasonably be perceived as violating an individual’s dignity and creating a hostile work environment.