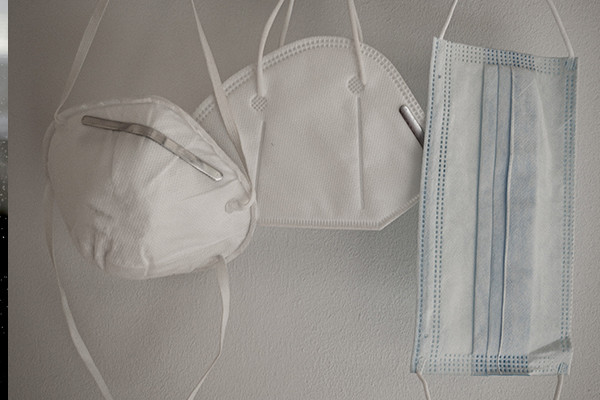 Looking into the outcomes of recent COVID-19 cases

COVID-related cases being taken to the Tribunal range from unfair dismissal to direct discrimination relating to an employee’s belief regarding COVID-19.

Below is a summary of some of the COVID-19 cases and their outcomes, and what they mean for employers.

Mr Rodgers claimed unfair dismissal after he was dismissed for refusing to return to the workplace following a period of working from home.

Mr Rodgers argued that his decision was based on concern about contracting the virus and passing it on to his vulnerable children.

However, there were often only as many as five people in a very spacious warehouse and the employers had already communicated further social distancing measures and more thorough cleaning checks of the workspace.

Furthermore, it was claimed that Mr Rodgers’ behaviour outside of work did not support his fear of contracting COVID-19 as he did not appear to wear a facemask, he left home during self-isolation, and he also worked at a pub during the lockdown.

Both the Tribunal and EAT dismissed Mr Rodgers’ claim.

They referred to Mr Rodgers having more general concerns about the dangers of the pandemic, as opposed to specific concerns of safety within the workplace that were discussed and addressed with their employer.

Furthermore, his other behaviour did not show a reasonable belief of serious or imminent danger and there were further measures that he could’ve taken to avoid risks, such as wearing a mask and social distancing, which had already been considered by the employer.

The Claimant brought forward a claim of religion/belief discrimination on the grounds that her fear of catching COVID-19 was a protected belief.

She feared contracting the virus at work and passing it onto her partner, who was classified as high-risk and therefore chose not to return to the workplace.

The Claimant believed it was a reasonable decision as there was a serious health and safety risk to both herself and her partner.

However, after raising this with her employer, they disagreed and withheld her salary until the Claimant returned to work.

The Claimant brought the discrimination case to Tribunal and argued that her fear of catching COVID-19 was a protected philosophical belief under the Equality Act 2010.

Although the Tribunal recognised the Claimant’s fear of catching COVID-19 and passing it onto her partner, they did not agree that this fear amounted to a protected philosophical belief under the Equality Act 2010, as it did not meet all of the five required criteria.

Firstly, they argued that the Claimant’s belief was a reaction to a threat of harm or a widely held opinion, as opposed to a belief.

Secondly, in this specific case, the fear was not seen as being weighty and/or substantial, as it was only related to the Claimant and her partner.

Therefore, the Tribunal dismissed the claim.

Mr Gibson was a chef who had been on furlough during the first lockdown, but as this came to an end, his employer had asked him to assist in the preparation for reopening the restaurant.

Mr Gibson had raised concerns with the employer regarding the lack of personal protective equipment (PPE) and general issues regarding COVID-19 safety measures.

His main concern was in contracting the virus due to the lack of protection at work and passing it on to his vulnerable father, who was shielding at the time.

The employer dismissed his concerns and then subsequently dismissed Mr Gibson with immediate effect via text message, with no notice or holiday pay.

Mr Gibson brought forward a claim of unfair dismissal to the Tribunal, as he had only been attempting to ensure that the workplace was safe for himself and his father.

At Tribunal, the employer’s reasoning for the dismissal was that the structure of the business would be changing and they would become a smaller team, therefore not needing his service anymore.

The Tribunal agreed with Mr Gibson.

Mr Gibson had taken the appropriate steps by attempting to raise his concerns about PPE with the employee, while the employer had failed to listen and respond.

What is the takeaway for employers?

Whilst these cases are those from early on in the pandemic, only being heard now, they are clear examples of the requirements expected by employers, namely ensuring the safety of their workforce and providing sufficient safety measures to encourage a safe return from homeworking.

Additionally, listening to the concerns of employees and considering ways to accommodate these concerns can help to reduce worries related to COVID and establish the employer’s sense of responsibility for their staff.