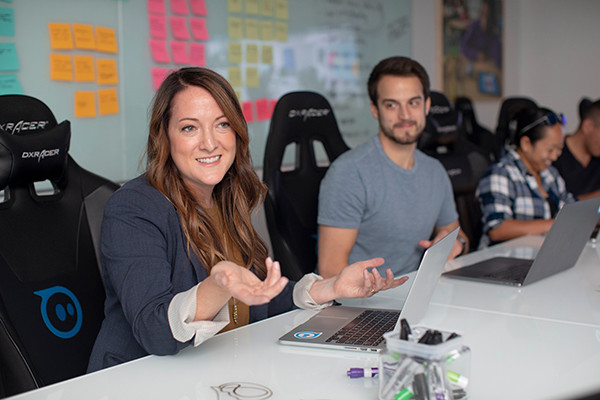 The difference between workplace banter and harassment

Between 2020 and 2021, The Employment Tribunal saw a sharp rise in the number of cases looking at the boundaries between harassment and banter in the workplace.

Employers need to recognise this distinction and ensure that employees aren’t actually becoming the subject of harassment and bullying.

Banter was previously used as a term to denote harmless teasing between friends, but “workplace banter” is more widely used now as a defence against claims of bullying and harassment.

The definitions give us some indication as to the main differences:

The key distinction is that harassment is an unwanted act.

This is irrespective of whether the individual has previously accepted or returned the ‘banter’ without criticism.

If the act becomes unwanted and persists, then it moves into harassment.

But why would the individual have accepted this behaviour previously?

One explanation could be that the individual feels unable to express their discomfort, or that they believe their response to the behaviour will have a negative impact on their job.

Employees should feel comfortable and confident raising any concerns and/or problems with their employer, without fear of judgement and negativity.

Another consideration is whether the perpetrator’s behaviour would have reasonably led to the effect on the victim.

Typically, the offence is based on whether the victim was offended, rather than if there was an intent to offend, which can be a difficult distinction to establish.

Therefore, in some tribunal cases, they will look at both the victim’s perception of the act, as well as whether it is reasonable that the perpetrator’s behaviour would elicit the effect reported by the victim.

It is therefore the employer’s responsibility to ensure that banter doesn’t become inappropriate and/or produce an uncomfortable environment for staff.

In certain cases, employers can be found vicariously liable for an employee’s conduct at the workplace.

There are a few ways that employers can help to reduce the possibility of banter moving into harassment including: